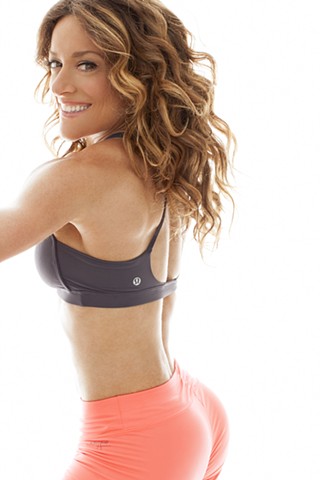 Check out MY FITNESS PAGE!

APRIL IFC Center in NYC premiered the Short Film "Tick Tock Time Emporium" in which Jess played a struggling sassy single mom to the talented young actress Rachel Resheff who is currently starring in "The People in the Picture" on Broadway.

MARCH Jess played a hilarious and zany super-pumped up spin-instructor on "Are We There Yet?" on TBS!

JUNE BROADWAY BARES was a huge success and raised over 1 million dollars! Amazing time for an amazing cause. Check out the sassy, glamorous dance video of dress rehearsal.

FEBRUARY ***Green’s skill as an aerialist (and Cirque du Soleil veteran) becomes apparent, and her graceful, acrobatic movements throughout give another layer to her lovesick character Catherine. (offoffonline.com) Charles Mee's Fetes de la Nuit Directed by Kim Weild A SOLD OUT RUN!

JANUARY Check out Jess in her 6 page FITNESS lay out!

**PLEASE CLICK ON YELLOW TEXT BELOW TO ENJOY VIDEO CLIPS**

OCT-FEBRUARY 2009 She played the role of Dream Chairy and the TRAPEZE GIRL in the critically acclaimed production of "BARNUM" (Dir. Gordon Greenberg, Choreo. Josh Rhodes) at the Asolo Rep Theater and Maltz Jupiter in Florida. *Starring Brad Oscar and Misty Cotton.

Past adventures in film, circus, theater and dance theater have included performances with CIRQUE DU SOLEIL, ROBERT WILSON, FRANCO DRAGONE, THE FLYING MACHINE and TAMI STRONACH DANCE in the great spaces of Carnegie Hall and The Public Theater to under the big top touring around Europe.

Jess began her artistic career as a dancer. After graduating from The Chicago Academy for the Arts high school and then from SUNY Purchase in NY with a BFA in Dance, she collaborated and performed with independent choreographers in NYC, Chicago and Paris. Returning to NYC from Paris, passionate about physical theater and story, she began exploring theater and film studies from Jacques Lecoq technique to Viewpoints and Suzuki to Michael Chekhov Acting to FILM acting with Bob Krakower. Jessica acted as co-artistic director of the award winning international theater ensemble, The Flying Machine. For a decade, with director Joshua Carlebach, the ensemble created original works and performed at Carnegie Hall, Soho REP, Galapagos Arts Space, Ohio Theater, Teatro San Gines in Santiago de Chile and many theaters across The States.

Then Jess ran away with the circus- literally. Touring around Europe with Cirque du Soleil She performed as a clown and taught Pilates intensively to the acrobats as part of the health and training team. Off to Belgium to work with Franco Dragone on the creative process of "Le Reve" (based in Las Vegas). A water show, she encountered new challenges, like how to swim! and travel through the pool which is backstage going from air stations to stage. Acting and dancing, she also had the great opportunity to learn some crazy acrobatic tricks 40 feet above ground/water.